One man’s poison is another man’s meat

Life’s travel has been so far cumbersome and to an extent, unpleasant in the sight of Adama, a young pretty lady who has been discarded into the hands of fate after her parents bit the dust causing the rambunctious Adama to become as forlorn as any child at the age of ten would be at that loss.

Adama finds herself in the markets selling tomatoes after life had offered her all the frustrations it could in its capacity-right from her dropping out of school, to working as a maid, getting herself pregnant by her mistress’s husband, forced to abort the baby and sent away.

Then in the journey of homelessness, she gets a friend good enough to give her start-up capital to vend tomatoes at the Kaneshie market; at least she could now feed herself twice daily. “Oh God! When will I also walk in the air? Hmm… he that lives on hope has but a slender diet but my hope is in you God because life is so unfair” she had constantly lamented at the sight of her well-to-do customers.

Adama’s good Samaritan, Araba, had a clerk cousin, Bediako by name. “This friend of yours is very industrious. I’d love to meet her.” “Okay Bro Bedi, I shall speak to her first.” Adama agreed to take a day off her work to see Bediako in his office.

As time went on, Bediako and Adama became best of friends. She moved in to live with him in his flat. Bediako made her quit her job at the market and promised he was going to provide her with all her needs. She reluctantly agreed after fervent persuasion and they got married eventually.

Matters took a drastic turn when Adama realized she was awaiting the patter of tiny feet. Bediako now cared less about anything. A day never passed without Adama receiving some slaps and violent beatings even in her state.

He would pour on Adama the liquid content of the food which she served him as any caring wife would do. It became as rare as a hen`s teeth to see Bediako eat food prepared by Adama. For he had found someone he deemed more befitting.

One day, when it was dusk and raining torrents, Bediako had brought in his new wife and after raining insults on Adama, he threw her out. He was as deaf as a signboard to every plea which Adama made for mercy. `` Go away! Go! Ever since I married you, I`ve got nothing but disappointments.

You are an evil lady, Witch of the highest order!``, the last words he had spat on her .Adama wept as she tramped wearily. ``Why me! `` She would yell repeatedly.

As she was tramping, a turquoise Toyota Camry car stopped, hooted the horn in attempt to draw her attention but she didn`t notice. The driver of the car then reversed in order to catch up with her. ``Young lady, what is your name?’’, the stranger asked. ``Adama``, she sharply answered. ``Nice name. You seem so weary.

Hop in and let`s take a ride. `` the look on Adama`s face made him add, `` I am Osei, the CEO of MTN Ghana. I am harmless. ``Adama hesitantly opened the front door, first offloaded her luggage and then sat, ``How could a young beautiful girl like you be walking along the road like you are homeless?’’, he queried as he rode on.

``Hmm… it is a long story but the long and short of it all is that my husband has thrown me out. `` `` You must be kidding! How could someone be so heartless to throw out a pregnant lady? If I had had such a beautiful woman I`d have cherished her a lot because naturally pretty ladies are now quite difficult to come by. Worry no more. I`ll take good care of you. Adama thought to herself, SO ONE MAN`S POISON IS ANOTHER MAN`S MEAT! 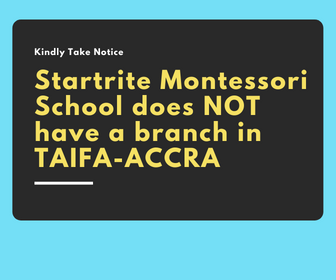